The Silk and Metal Carpets were commissioned at the beginning of the Qing Dynasty in the mid 17th century to adorn the halls and pavilions of the Forbidden City, the Summer Palace north of Beijing and the Imperial Palace of Mukden in Manchuria.

Created as a unitary artistic project, coherent both for the materials used, silk, copper silver and gold and for the meanings behind the represented motifs, the carpets are a precious testament for understanding court rituals. 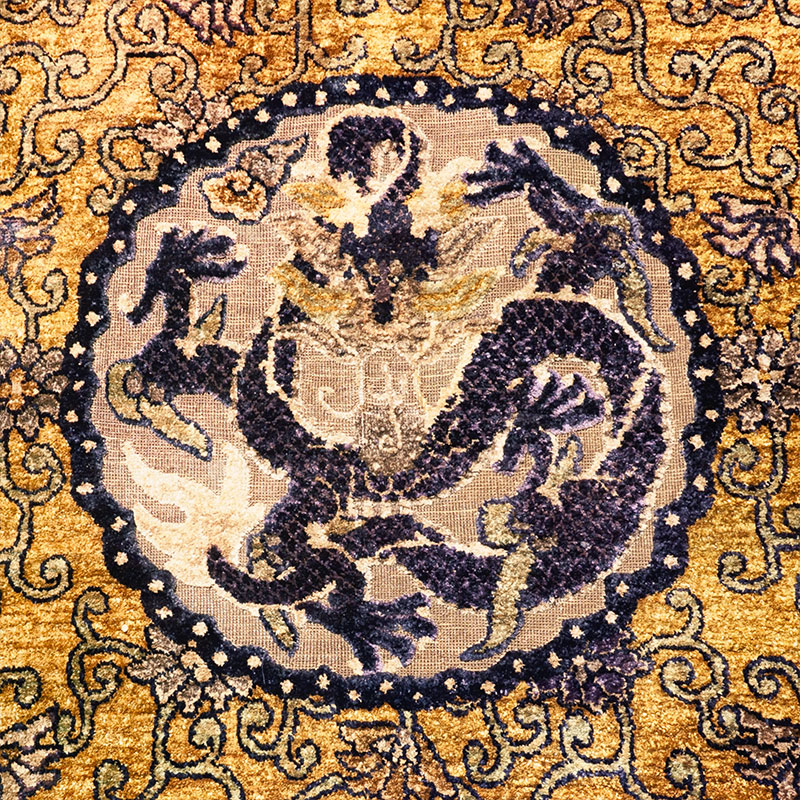 In addition to the fundamental decorative use, Chinese Imperial carpets also played a symbolic and supportive role in other important functions, such as commemoration ceremonies or shamanic rituals presided by the emperor.

The decorative subjects depicted on the carpets created auspicious spaces in the form of cosmic diagrams aimed at bringing the viewers the benign effects of the subjects represented within them. These diagrams positioned the emperor as pivot of the universe and mediator of the forces of the Heaven and Earth. 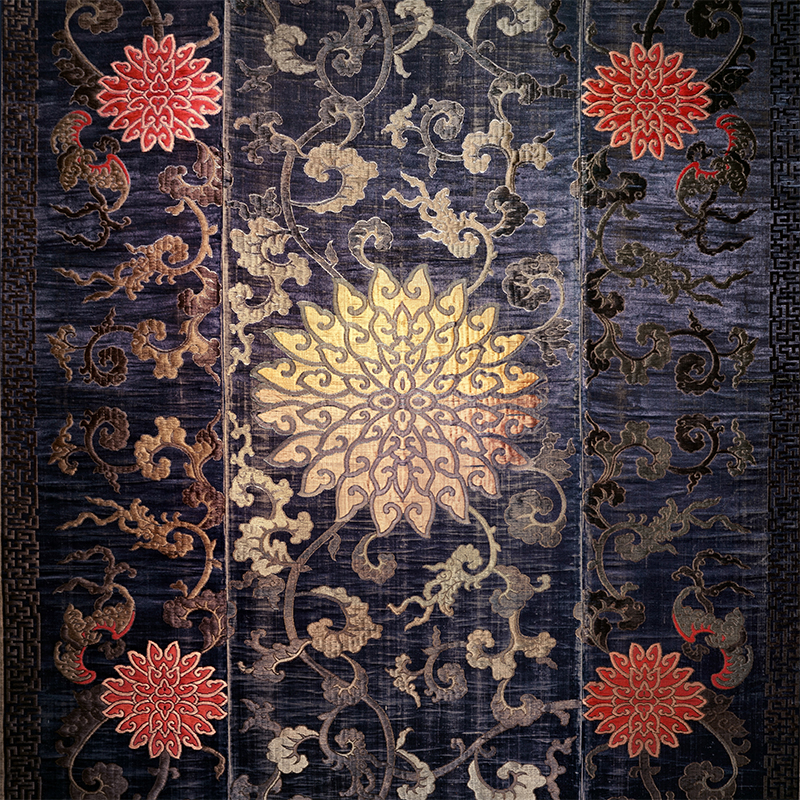 Some of the Imperial carpets included in this exhibition were sent to the Western world as court gifts to diplomatic missionaries visiting China, while other examples were sold by the imperial family towards the end of the Qing rule to finance the exile of its members, as testified in the biography of Aisin Gioro Pu Yi, the last emperor of China. 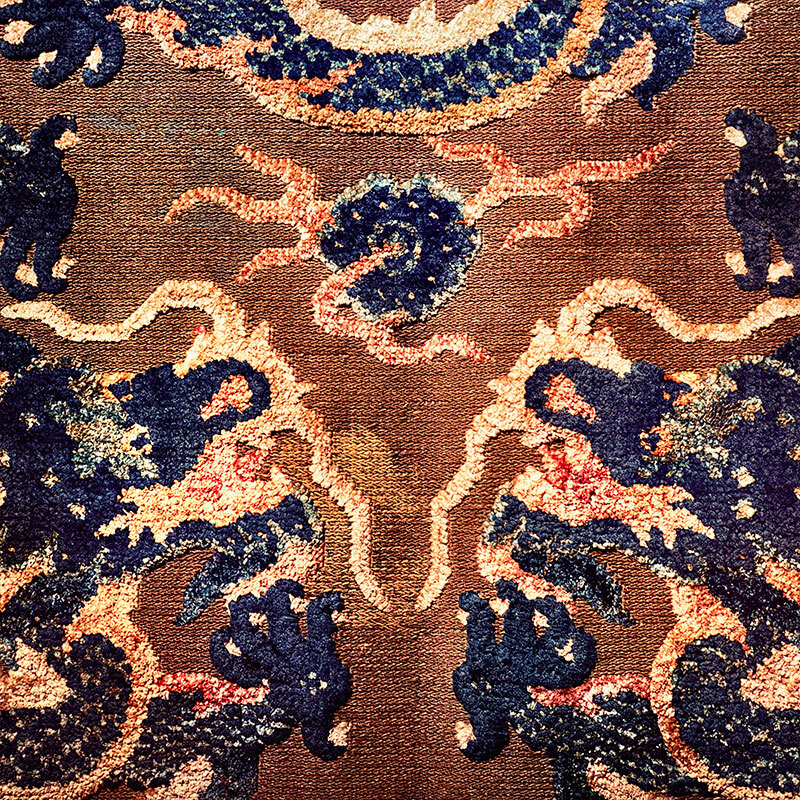 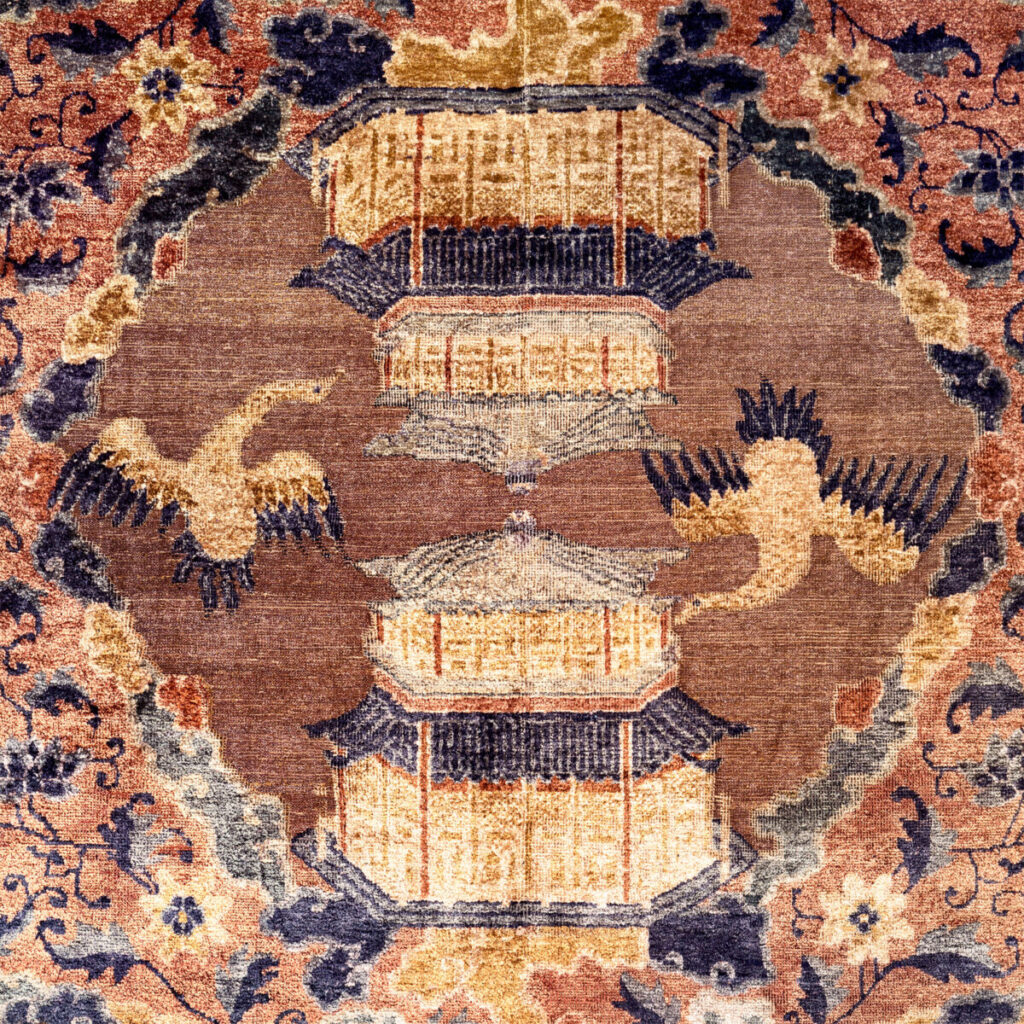